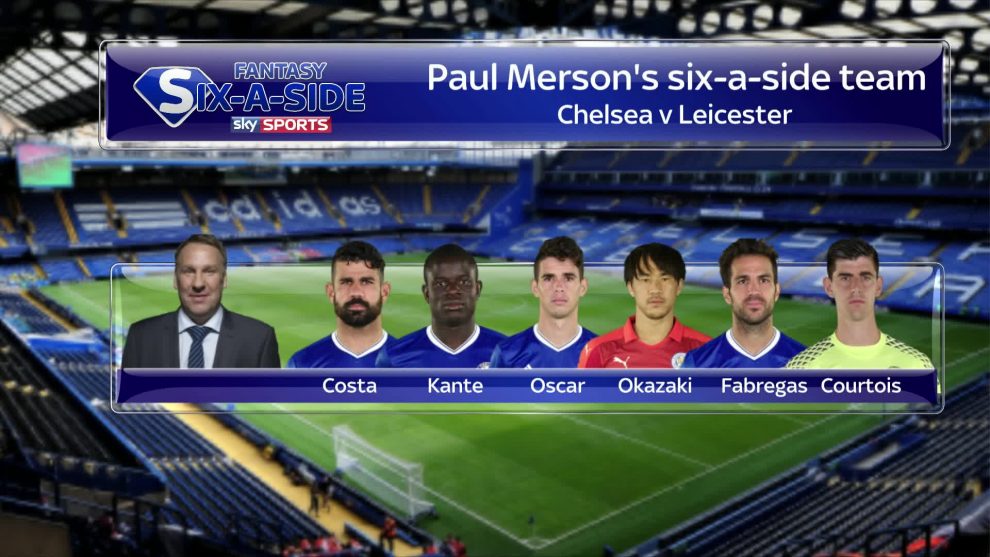 Sky Sports all new Fantasy Six-a-Side game sounds like a perfectly easy way to score yourself £5,000 every Premier League round. However, what seems easy on paper, is not quite so easy to accomplish when put into practice.

Available on mobile, tablet or laptop, Fantasy Six-a-Side is just one more way football fans can get in on the fantasy action. They can also win some serious cash.

To play Fantasy Six-a-Side, a fantasy manager must choose the six highest scoring players in Sky Sports’ featured match. For example, Tottenham versus Manchester City was the featured match of the English Premier League’s gameweek 7.

However, there are certain restrictions, or steps, to picking your side for Fantasy Six-a-Side. For starters, fantasy managers must choose one “elite” player. Managers must pick from a pool of four available players culled together from both teams, who are in-form and may be a key contributor on the day.

The remaining five spots are a bit of a free-for-all. Fantasy Six-a-Side has no position or financial value requirements. The remaining five spots are simply made up of players from the two sides that you think will make an impact on the match. Keep in mind, you do not even have to worry about formations when it comes to this short fantasy game. Do not want to choose a goalkeeper? Do not worry, you do not have to in Fantasy Six-a-Side.

One of the most interesting parts comes up next, when managers pick a power play period. This allows teams to score double points in an allotted 15 minute period during the 90 minute match.

The last thing a manager must do is chose a golden goal. This eliminates any ties from occurring in the game. The golden goal goes to the manager that predicts the minute of the match’s first goal.

The scoring for Fantasy Six-a-Side is quite intriguing. Although Sky informs players that you do not need to select a goalkeeper and formations do not matter, scoring points warrants some hard thinking.

Goalkeepers can earn points for penalty saves, clean sheets, saves and claims. Meanwhile, they can lose points for goals conceded. Depending on the match you are playing, for example Tottenham versus Manchester City from gameweek 7, adding Hugo Lloris to your side would have added a major amount of points to your team.

For outfield players, there are a plethora of ways to score or lose points. For example, defenders can score 25 points for a clean sheet. A goal scored would net your team 35 points.

Remember though, it is just as easy to lose points. An offside call could lose your side a point. In addition, yellow cards and fouls conceded will put you in the red as well. Just as easy as it is to accumulate, it is as easy to drop points for a player’s silly mistakes.

The best tip for playing Fantasy Six-a-Side a manager can receive, is to do your homework on the two teams playing. When choosing an elite player, it is best to go for one that will score goals. Goals get your team 35 points, so, get a goal scorer.

However, know which players are in-form and which have been struggling. It is best to go on in-form players than a star that has struggled in recent weeks.

Do not be afraid to choose a goalkeeper, especially if their defence has been good throughout the season. Clean sheets are nearly as good as goals scored, and picking defenders and goalkeepers that will keep goals out is a brilliant strategy to have.

Sky Sports Fantasy Six-a-Side is just another way fantasy football fans can get closer to the action. It is certainly different than other fantasy and daily fantasy sports games out there. However, its unique approach is why so many love playing it.