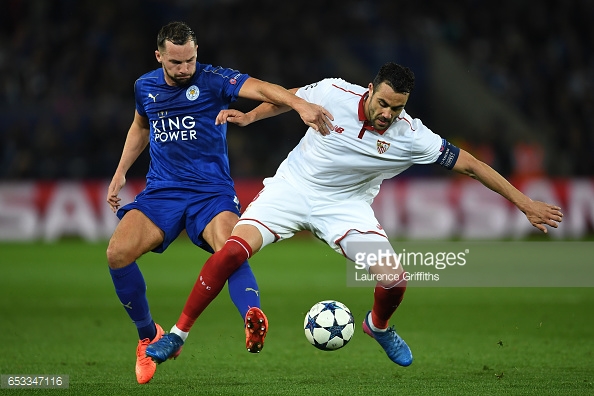 Spanish club Sevilla have announced they have reached an agreement with Leicester City for the signing of 29-year-old midfielder Vincente Iborra. The deal is expected to be in the region of £12 million.

Iborra faced the Foxes in last season’s Champions League last 16 clash, where Leicester prevailed over the two legs. Iborra is due to undergo a medical at the King Power Stadium to finalise the move. He has scored 30 goals in just over 170 appearances for Sevilla, helping them to win three Europa League titles.

Iborra will be the second key signing of the summer for the recently deposed Premier League champions, after they paid Hull City £17m for centre-back Harry Maguire. The Foxes are fighting hard to keep star winger Riyad Mahrez, who remains strongly linked with a host of clubs; most notably Chelsea and Arsenal.

One Leicester player who seems will not be leaving the Foxes is England striker Jamie Vardy. After reports of significant interest were declared from Arsenal and more recently Fenerbahce, it looks like Vardy is content to stay at Leicester. Vardy continues his recovery from the injury that kept him out of England’s recent World Cup qualifying game against Scotland and the friendly against France.

There have also been reports of Manchester United being interested in bringing Foxes’ goalkeeper Kasper Schmeichel to Old Trafford, but this would only be of interest to both parties should current United keeper David De Gea returns to Spain. Real Madrid have been interested in signing the goalkeeper.