Borussia Dortmund saw their season go from bad to worse on Saturday when the team threw away a 4-0 halftime lead to draw with derby rivals Schalke, 4-4. The team started the season well, but have since gone winless in their last six Bundesliga games. 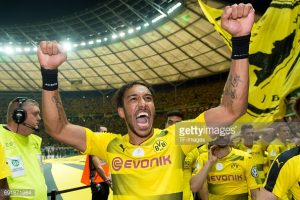 Making the team’s matters worse is striker Pierre-Emerick Aubameyang, who was linked with a move away from the Signal Iduna Park in the summer. The striker’s attitude has become a problem at the club, and Borussia Dortmund are now ready to sell their marque asset. 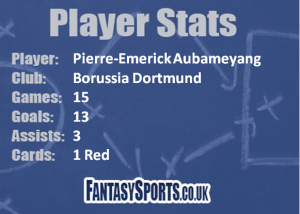 It is believed his teammates have complained about his attitude and behaviour. Adding insult to injury is Aubameyang’s poor timekeeping, which has prevented him from showing up to training and meetings when required. He has also returned late from trips authorised by the club.

Although he has tallied 17 goals this term already, Aubameyang was recently suspended due to his attitude. Following his return at the weekend, the striker was sent off in Borussia Dortmund’s crushing draw in the 55th minute. His sending off was the catalyst to Schalke’s amazing four goal comeback.

Aubameyang has clashed with the German club several times in the last 12 months. In 2016, under the leadership of former manager Thomas Tuchel, Aubameyang was suspended for taking an unauthorised trip to Italy.

While Chelsea are in the market for another striker to compliment Alvaro Morata, there are questions over how Aubmeyang would get along with Antonio Conte. The Italian would expect the striker to follow his rules and could become a headache to the Chelsea boss.

Aubameyang is an exciting player, but if his head isn’t right, then there could be problems for Chelsea. Regardless of his off field behavior, Aubameyang has been brilliant this term. His 13 goals have kept Dortmund in the running for a Champions League place despite their atrocious October and November form. It’s difficult to believe he will become available in January, but if he does, Chelsea can add a proven goal scorer that is more highly capable than Morata. Playing them both would be extremely exciting.