Vardy has scored seven goals in his last five Premier League matches and is about to go into a run of winnable matches against four teams struggling for survival in the league. 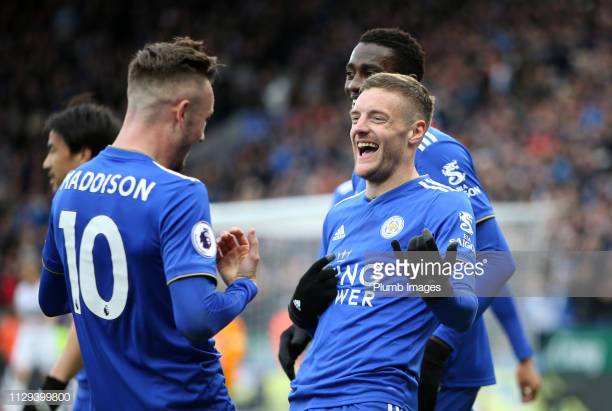 Vardy and company have built a strong title challenge based on beating teams at home this term. With four winnable matches coming up, Leicester City can put themselves in a great position with a difficult December upcoming.

Leicester City will play Manchester City at the Etihad Stadium on 21 December before hosting current league leaders Liverpool on Boxing Day. Wins could put Leicester City in the title driver’s seat. Losses and a title bid will surely be finished.

Vardy’s numbers in FPL have soared against the lesser teams in the Premier League. He has scored double-digit points against Bournemouth, Newcastle United, Southampton, Arsenal, and Brighton. Sure, Arsenal are a step above the rest of those teams, but arguments can be made that under Unai Emery the Gunners are nothing more than also-rans.

Against stronger opposition in the Premier League, Vardy has struggled to score FPL points. Wolverhampton Wanderers, Chelsea, Manchester United, Tottenham Hotspur, and Liverpool all held Vardy to two points in each game. Not only did Vardy struggle to score FPL points but none of those matches saw the striker tally a goal or an assist.

Vardy is a flat-track bully in FPL and the Premier League. He is thriving for manager Brendan Rodgers in the Foxes’ attack. But the big question is, will it last?

Leicester City’s next four matches in the league are against Everton, Watford, Aston Villa, and Norwich City. It is doubtful that the Foxes will drop points against any of the four teams. Everton are currently the highest-ranked team in the Premier League table of the four opponents Vardy and company will play. They are 15th in the league with Aston Villa 17th, Norwich City 18th, and Watford 20th.

The Foxes have tallied 13 points from 21 on the road which is the third-best total in the league. After a two-match dip with back to back losses to Manchester United and Liverpool, Leicester City have won three straight games away from home. Vardy scored five goals in those three away games.

Expect the striker to continue to thrive against the worst of the worst in the Premier League as the Foxes’ title challenge continues until they meet the better teams in the division.