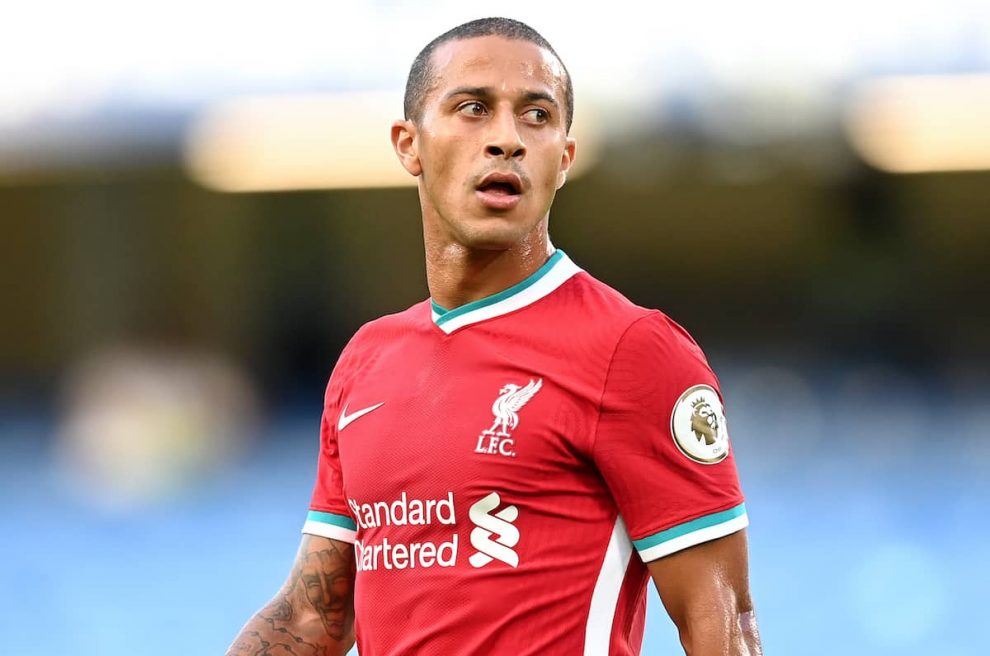 Given the season that’s in it, and the widely predicted return of the injury stricken Thiago Alcantara to Liverpool’s Premier League campaign on Wednesday night, we just had to post this video.

An unnamed Liverpool fan – socially distanced on home turf – has provided us with this hilarious version of the Thiago ‘music man’ song. While the quality of the singing leaves a lot to be desired, the fan’s excitement at seeing Thiago line up for the Reds is without doubt. The video had us in stitches and we hope you enjoy it too.

The Liverpool midfielder has been sidelined with injury since being tackled by Richarlison in the Merseyside derby in October.

Thiago; recently named in the Fifa Best World 11, is expected to take his place in midfield for Liverpool’s visit to St. James’ Park on Wednesday night. The Reds have looked vulnerable in recent matches – the seven goal victory over Crystal Palace aside, and the team will benefit from the creativity and passing range that the Spanish international will bring.

The Anfield club lead the Premier League by three points from near neighbours Everton going into matchday 16.