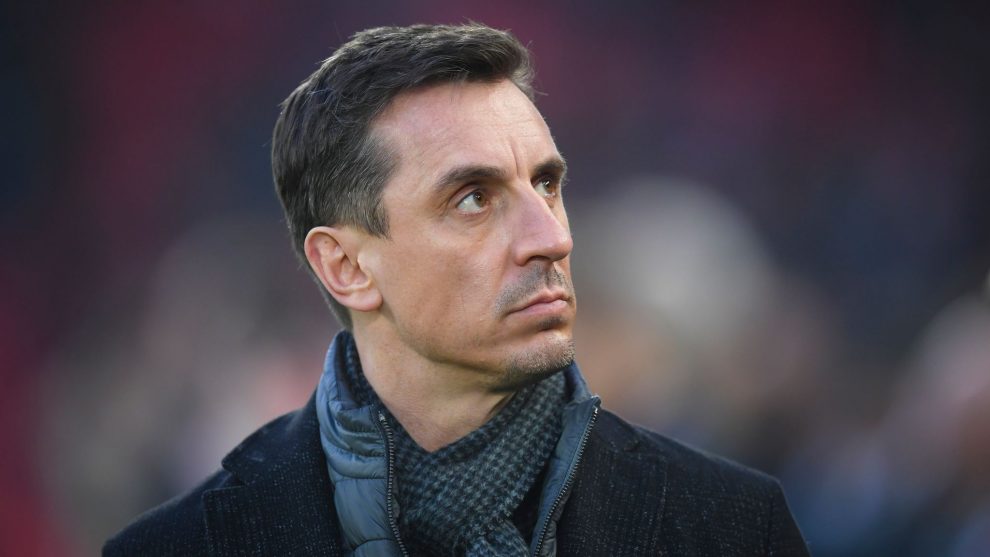 Sky pundit Gary Neville has stated that he believes Liverpool’s current first eleven is probably the best in the Premier League, in discussion with Jamie Carragher in the Monday Night Football studios last night.

Neville, no stranger to stoking up controversy where it comes to the Reds, said: “We could have the four best teams in the whole of the world at this moment in time”, when referring to Manchester City, Manchester United, Chelsea and Liverpool, and he went on to add “Liverpool’s first eleven, if they can keep that fit, is still probably the best eleven in the Premier League.”

The former Manchester United full back’s comments can be seen in this Twitter post by Chant LFC.

Neville: “We could have the four best teams in the whole of the world at this moment in time…Liverpool’s first 11, if they can keep that fit, is still probably the best 11 in the Premier League.” pic.twitter.com/Y2fmhz60rz

So what is it about Liverpool’s start to the season that led to Neville’s remark? Well the Reds have welcomed Virgil van Dijk back from injury and the Dutch colossus has helped Liverpool’s defence to three clean sheets in their first four games – a great return for Fantasy Premier League managers also.

It’s true, Sadio Mane is not back to his brilliant best yet; and boy wonder Harvey Elliott sustained a serious ankle injury at Elland road, but despite these concerns, the Reds are rolling with an authority similar to what they showed in their title winning campaign. If they can stay clear of further serious injuries, then those punters who wrote them off at the start of the season are going to start looking very silly indeed.

Liverpool play at home to AC Milan on Wednesday night as Champions League nights returns to Anfield, and at home to Crystal Palace for Premier League Matchday 5 on Saturday.